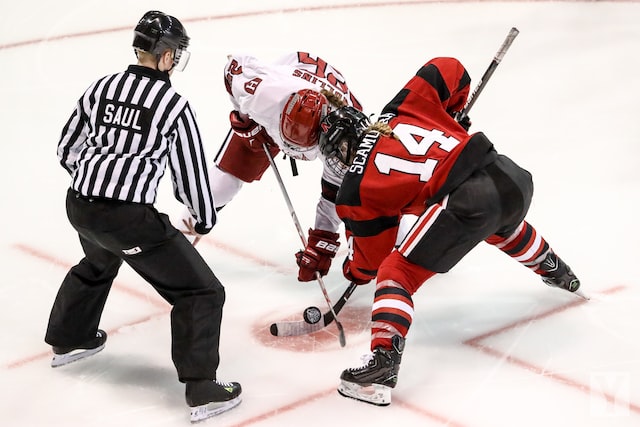 The Colorado Avalanche’s dream 2021-22 season ended with the organization’s third Stanley Cup championship and on Wednesday the team raised their banner at the Ball Arena.

Avalanche players started the week by receiving their championship rings and then the season got underway against the Chicago Blackhawks. But not before Blink-182’s Mark Hoppus led the fans in singing “All The Small Things,” the song that was a rallying cry for fans last season.

Gabriel Landeskog hoisted the Stanley Cup and skated with the trophy and fans roared as the banner was raised to the rafters.

“I got pretty emotional actually when they’re doing the video beforehand,” defenseman Jack Johnson said. “Some day I can bring my grandkids or my kids, if they don’t believe that dad played, and show them.”

Johnson currently plays for the Blackhawks. He was on the Avalanche last season.

Then, it was all business.

“Our championship team is in the rafters forever,” Rantanen said. “You don’t think about it too much (now), but I think we will appreciate it later.”

Now, Colorado will look to secure back-to-back titles. Since 2005, the Tampa Bay Lightning and Pittsburgh Penguins have accomplished the feat.

“Raising that banner, I only think it’s going to motivate us more to do it again,” Colorado star Cale Makar said. “Knowing that we all accomplished that together and being on the ice together again, it’s only going to drive us forward.”