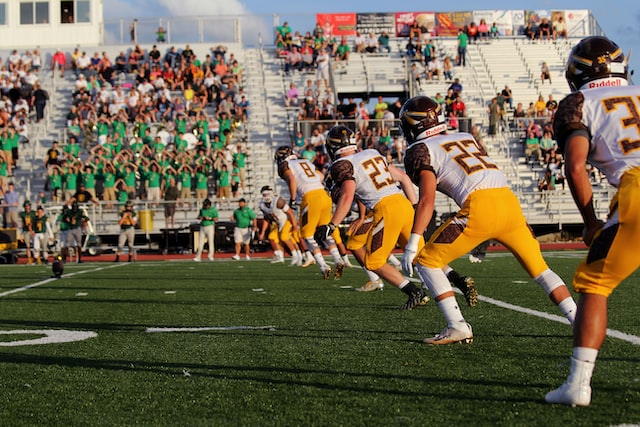 Some scars cut deeper than others, and some barriers are inexplicably harder to surpass than others.

For the UConn football program, beating a New England foe has been impossible. On Saturday, the Huskies have a chance to correct a blemish that has hung over the team for over a century as Boston College visits Rentschler Field in East Hartford.

The programs have met 14 times, including six games this century. Boston College has won 12 times, with two ties — but those came in 1908 and 1910.

The schools have played at Chestnut Hill, Storrs, East Hartford and Fenway Park. But the rivalry that began 114 years ago has had one common theme.

“I have been told that it is somewhat of a rivalry, at least from our standpoint,” first-year UConn coach Jim Mora said this week. “It will be interesting to see how that is. It is Homecoming, it will be nice to see people back on campus and at the Rent. It will be a great challenge, and a great environment with a lot to play for.”

It is Homecoming game for UConn, who host BC at Rentschler for the second time in history. The Eagles other visit to East Hartford was in 2003, UConn’s second year as a Division I-A program.

UConn joined the Big East a year later, just as BC was moving to the Atlantic Coast Conference. The conference rivalry never materialized.

Two decades later, UConn is still looking for a win against the regional rival. On paper, there is reason to think the Huskies have a shot to get that first win this year.

Mora, though, is cautious.

“I know what BC’s record is, but I also know what the tape tells me,” Mora said. “I have been studying these guys and it is a good football team.”

UConn is coming off a bye week following a loss to Ball State. The Huskies were riding high after wins over FIU and Fresno State, but the loss stalled UConn’s momentum.

The Huskies (3-5) return well-rested and healthier.

There’s a chance two key offensive players may be back. Freshman quarterback Zion Turner could get a much-missed weapon back in wide receiver Keelan Marion, who was on the receiving end of Turner’s first career passing touchdown in a season-opening loss to Utah State.

Marion broke his collarbone on that very play and has been sidelined since.

Running back Devontae Houston could also return from a high ankle sprain this weekend, but the duo of graduate student Robert Burns and Bristol native and true freshman Victor Rosa was strong in the loss to Ball State two weeks ago

But Houston will provide a reinforcement to a consistently-strong running game — UConn has averaged 186.9 rushing yards per game.

“We would love to see (Houston) on Saturday,” Mora said. “We need all the depth we can get at that position.”

The last time UConn and BC played, New London native and current Green Bay Packers running back AJ Dillon rushed for over 200 yards with two touchdowns to lead the Eagles to victory at Fenway Park in 2017.

Stopping the run game should be less of a concern for UConn this time around, as Boston College has only averaged 67.6 yards on the ground per game.

“Offensively their run numbers aren’t great,” Mora said. “But you look at the Louisville game and they got after them in the run, so they are certainly capable.”

Patrick Garwo has been the leading rusher for the Eagles split backfield, running for 257 yards and two touchdowns on 80 carries. He has only averaged 36.71 yards per game.

Boston College’s most glaring weakness is the ground game, as the offensive line has struggled.

The Eagles, 121st of 131 FBS teams in sacks allowed with 24 (3.43 per game), have not started the same offensive line personnel in any two games this season. The 24 sacks against have resulted in a total loss of 212 yards.

Meanwhile, the UConn defense is tied for 61st in the country for team sacks with 17 for 113 yards, averaging 2.12 per game. Junior linebacker and Ridgefield native Jackson Mitchell leads the Huskies with 3.5 sacks this season while junior defensive lineman Eric Watts follows with three.

Mitchell and Watts will look to get to Boston College quarterback Phil Jurkovec, as the Eagles have averaged 239.6 passing yards per game.

The 6-foot-5 Jurkovec, a Notre Dame transfer, has completed 135 passes for 1,556 yards and 11 touchdowns but has also thrown six interceptions. The UConn defense has allowed 239.4 passing yards per game and will need to contain top Boston College receiver Zay Flowers (52 receptions).

“Their quarterback is one of the best quarterbacks in the country,” Mora said. “He is tall, fast and physical. They are using him more in the run game now. He can make every throw on the field and he has receivers to throw to.”

“BC defensively is probably as tough a team as we will face,” Mora said. “Not quite as physical as Michigan, but right there. That is saying a lot.”