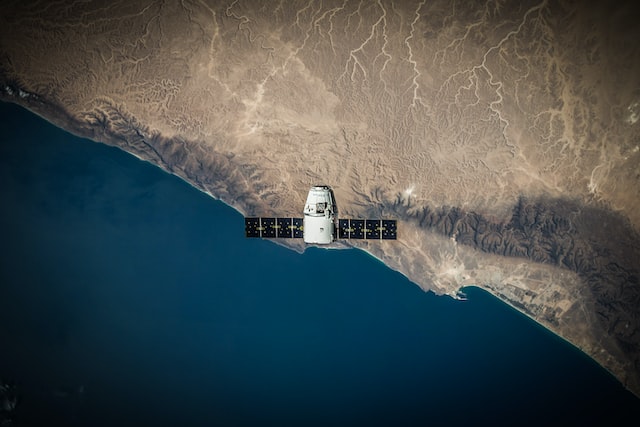 Europe plans to launch a new weather satellite into orbit this evening. The sophisticated probe should even be able to locate lightning on Earth.

European meteorologists will soon get more accurate data for forecasting solar radiation, wind conditions and rain on our planet: On board an Ariane 5 launch vehicle, a high-precision weather satellite is to fly into space this evening from the European spaceport in Kourou. In the future, it will be able to improve forecasting of catastrophes in Europe and Africa.

The German Aerospace Center (DLR) makes clear on its website how important the probe is for future weather forecasts. Today’s flight is a launch into a “new era of European weather observation,” it says.

Images of the Earth in record time
What does that mean in concrete terms? The satellite, called Meteosat Third Generation Imager-1 (MTG-I1), will be able to provide high-resolution images of weather phenomena such as extreme heat, dense fog and severe storms. And it will do so in record time.

“The central instrument on MTG-I1 is the so-called Flexible Combined Imager (FCI),” says DLR manager Thomas Ruwwe. With the help of the FCI, he said, the entire Earth’s disk can be scanned from space in two and a half minutes “with increased geometric resolution.”

Operational phase reached after about a year
Before the satellite can send its data to the weather services, it first has to be aligned. After the launch of MTG-I1, the phase in which the spacecraft reaches its target orbit begins. After that, the spacecraft opens its solar generators and turns on its communications systems.

After a test phase of the instruments, the operational phase of the probe begins after about a year, DLR writes. Only then does the instrument deliver data to European weather services, including the German Weather Service, within minutes of a recording.

In two years, Europe plans to send another satellite into space for weather monitoring. Unlike MTG-I1, however, MTG-S1 does not take pictures of the Earth. With its spectroscopic instruments, the satellite will measure wavelengths to provide data for forecasting extreme weather events.